Keep Calm! Have a Mai Tai 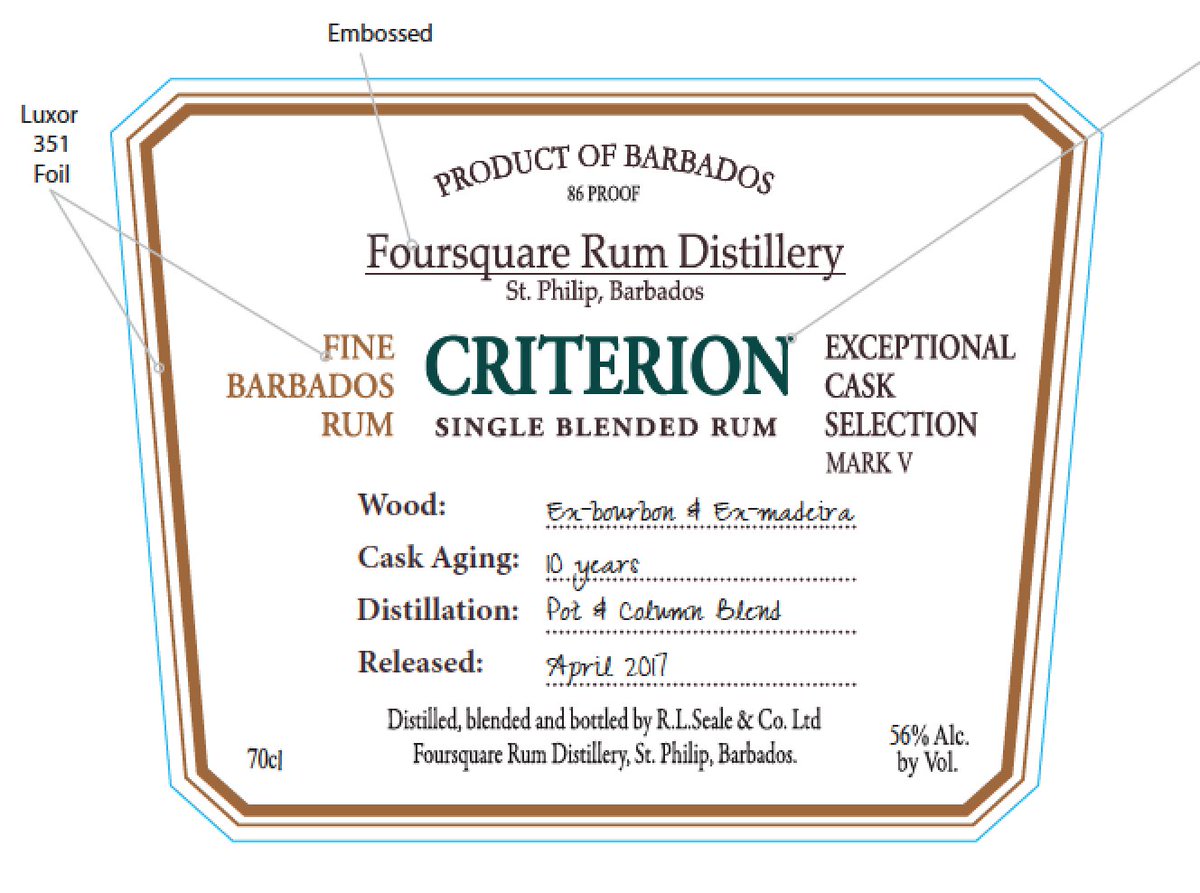 The rums of the Foursquare distillery in Barbados, headed by Richard Seale Rum Custodian, are receiving increasing attention, especially since the recent collaboration with Velier. This year will be rich for the distillery and for lovers of these rums particularly chiselled and balanced.

Here are some indiscretions by Richard Seale "himself" that we interviewed.

There will be no less than two editions of the Foursquare Exceptional Cask series. The successor of Foursquare 2004 (crude drum) will be the Foursquare 2005 which will be bottled after 12 years of aging. It will offer the same style as the 2004, a classic pot still / column aged exclusively in Bourbon casks.

The Velier / Foursquare collaboration will give a successor to the incredibly popular Foursquare 2006: the Triptych. This is a still / column pot assembly composed of 3 vintages aged in 3 types of barrels. The vintages were distilled in 2004, 2005 and 2007. The types of barrels used are new casks, Madeira casks and Bourbon casks. It will be bottled at 56% to the number of 5400 bottles, only available in Europe.

To celebrate Velier's 70th birthday, Foursquare will be presenting a very limited preview of the Destino which will appear in the catalog of the anniversary. It is a rum of 14 years of age, aged at first 12 years in Madeira's cask, then another two years in very old barrels of rum. It will come out at 62% and only two barrels will be bottled a priori.

Again in collaboration with Velier and this time also with Hampden, Foursquare tackles the "premium" white rum market. The project name is Veritas. It is an assemblage of still pot rums and Foursquare column rums, and Hampden pot still rums. It will come out at 46% or 47%. Richard is very enthusiastic about this project and hopes once again to place the high bar in terms of complexity and flavors for the category of white rums.

There will undoubtedly be other traffic congestion as we know that Foursquare is working very hard at this moment. We will soon see other projects with mysterious names. The 70 years of Velier should also arrive with their lot of surprises, stay tuned!